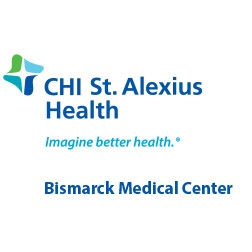 Honoring its heritage as a faith-based, non-profit hospital, CHI St. Alexius Health is moving forward with the operational transition of physician contracts to contemporary physician compensation models aligned with quality, patient satisfaction and other factors consistent with value-based health care.

“CHI St. Alexius Health is continuing its previous work in moving forward with transitioning arrangements that have been in place, some of them for many years. Health care has changed significantly over the past decade with increased attention on aligning performance with quality standards and value. This is an important next step in a process that started several years ago, and we discussed the planned transition with these physicians last July. We will align our arrangements with various federal programs including those under the Medicare Quality Payment Program mandated by Medicare Access and CHIP Reauthorization Act (MACRA), and payment reform implemented by Medicare and other payors linking physician, hospital and other reimbursement to quality and value as consistent with value-based health care payment systems,” said Kurt Schley, CHI St. Alexius Health president.

Under the plan endorsed by the CHI St. Alexius Health Board of Directors, the remaining physician agreements will be transitioned to new arrangements.

CHI St. Alexius Health has been part of the Bismarck community for more than 133 years caring for people and the community. It recently received a rating from the LeapFrog Group (independent organization that “grades” hospitals based on national performance measures) that ranked it as the safest hospital in North Dakota and has been rated by U.S. News & World Report as the best hospital in North Dakota for two consecutive years, and for five out of the last six years.