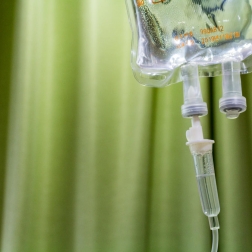 Hurricane Maria, which devastated Puerto Rico earlier this year, has disrupted work in the country's factories that make critical drugs and medical supplies, causing a shortage of intravenous medication in North Dakota and throughout the country, health officials say.

Tim Wiedrich, who runs the North Dakota Department of Health's office of emergency preparedness and response, said his department started getting phone calls from medical providers throughout the state a few weeks ago who said they were having difficulty getting their normal orders of IV supplies in small quantities from distributors.

Manufacturers are putting clinics and hospitals on an "allocation process," which means providers will receive portions of what they usually order in order to "give some to everybody but not the quantities that are usually received," Wiedrich said.

"We have a state medical cache for these types of situations when we have an emergency that's occurring," he said. "... We have distributed some of the product from that medical cache to North Dakota medical institutions."

While the state has met the demands for IV medication so far, Wiedrich said he is worried about the ongoing shortage.

"We don't have any medical institutions that we're aware of that have had to do without," he said. "... We're continuing to kind of scour the nation for availability of product and we're acquiring it where we can find it."

Katie Palmer, director of pharmacy at CHI St. Alexius-Dickinson, said the hospital is following the situation closely to ensure it can take care of patients.

"In general, we are being conservative where we can, ensuring we are using on patients with true clinical need and have backorders in place with manufacturers so as soon as supply is available we receive our allocation of fluid bags," Palmer said in a message to The Press. "We monitor our supply daily but at this time have been able to stay ahead of the situation."

While the hospital has not had to tap into the state cache of medical supplies, Palmer said there is a plan if they run out of supplies.

"(If we run out) we will convert as many infusions of medications to IV push that we safely can," she said. "This means instead of slowly infusing the medication mixed in a larger volume of IV fluid, we will mix the medication in the smallest approved volume and administer from a syringe rather than a bag."

The hospital has experienced IV fluid shortages in the past, specifically in the early to mid-2000s, Palmer said.

"The IV solution shortage we currently face only accounts for about 8 percent of the total drug shortages across the country," she said. "Shortages and back orders are unfortunately a commonplace in modern health care. Our pharmacy technicians, Dana Volesky, Deb Stockert and Lindsay Frederick, work hard to stay ahead of shortages and we are often looking for therapeutic alternatives when certain medications are just not available for purchase."

The U.S. Food and Drug Administration said in a release it is "actively working" with manufacturers to address critical shortages of IV fluids created by Hurricane Maria's impact on Puerto Rican drug manufacturing facilities.

While the shortage affects patient care across the country, Palmer said CHI St. Alexius-Dickinson is prepared.

"Locally, we feel comfortable we will be able to weather the storm without sacrificing quality of care," she said.

Wiedrich said the state agency is constantly monitoring the situation and hopes the IV medication shortage will soon ease.