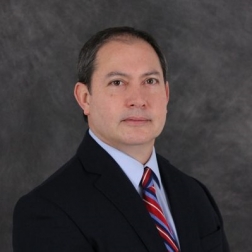 Bill has over 22 years of experience in the healthcare field building teams and improving performance through people-focused leadership, serving in the area of finance as an Accountant, Controller, Director of Finance and moving up the ranks to Chief Financial Officer. Since 2012, he has established his position as Chief Executive Officer/President of the Southwest Medical Center in Liberal, Kansas. He’s an experienced executive with the ability to balance strategic decisions and financial discipline utilizing compassion and a hands-on approach to leadership, resulting in strong ties to his employees, his patients, and his community.

In addition, Bill has served or participated on a number of professional boards as well as local service and community organizations. He is currently a member of the Kansas Hospital Association Board, BCBS Advisory Committee and is the current President of the Pioneer Health Network. He’s a member of the American College of Healthcare Executives, Healthcare Financial Management Association and the American Institute of Certified Public Accountants. Locally, Bill takes pride in being a member of the Liberal Rotary Club and the Early Risers Kiwanis Club.

Bill received his MBA from West Texas A&M University, Canyon, TX and his BS of Public Accounting with an emphasis in Managerial Accounting from Mesa State College, Grand Junction, CO.