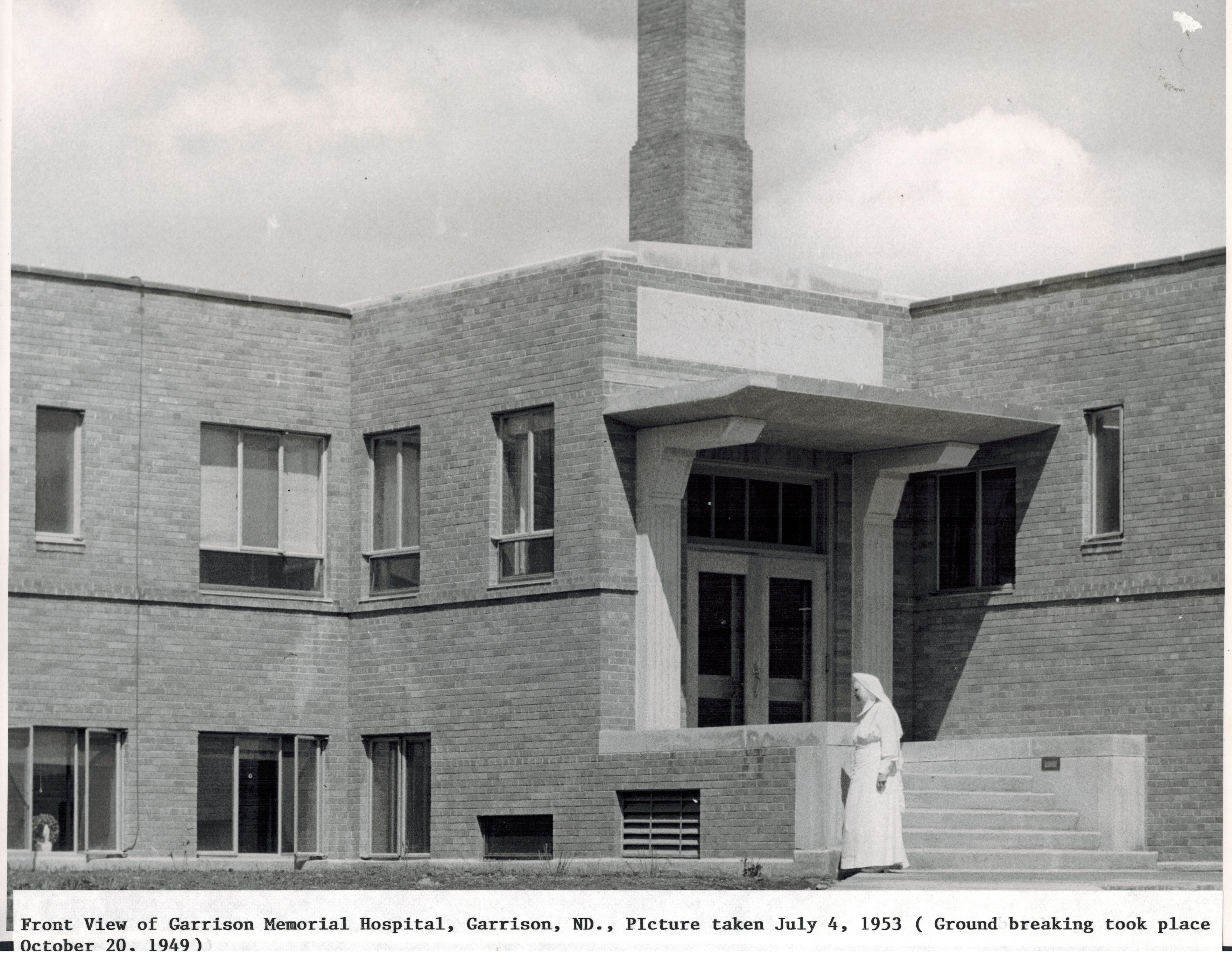 Original planning for a hospital in Garrison began in February 1946, through the efforts of the Garrison Civic Club. In 1949, the Sisters of the Order of St. Benedict at Annunciation Monastery agreed to assume responsibility for operation of the hospital upon its completion. The hospital was funded equally from Community Dollars, the Sisters of St. Benedict, and Federal Hill-Burton funds. Construction of the hospital began in October 1949, and admitted its first patient to the 40 bed facility on February 14, 1952. Since that time, many additions and changes have been made throughout the hospital.

Garrison Hospital assumed management of the Garrison Family Clinic (formerly Medical Arts Clinic), and was designated as a Rural Health Clinic in November 1992. In 1996, Garrison Memorial Hospital became part of St. Alexius Medical Center when the Garrison Hospital Board voted to transfer all assets to St. Alexius. This transfer allowed St. Alexius to make capital improvements to the building. A 2 million dollar remodeling project was started in October 1998 to make the facility ADA compliant, as well as add a new emergency entrance. This was completed in July 2001. During the remodel, Garrison Memorial Hospital applied for and was approved for Critical Access Designation in December 1999.

In October 2014, a new project was underway to completely remodel the Emergency Department, going from two ER beds separated by a curtain, to 4 semi-private rooms separated by walls. Upon completion in February 2015, Garrison Memorial Hospital changed its designation to a Level V Trauma Center, and sees an average of 1,800 ER visits a year.