The effectiveness of the influenza vaccine varies each year, but it absolutely provides the best protection against becoming sick - or even dying - from flu. During the 2016-2017 flu season, the flu vaccine prevented an estimated 5.3 million flu cases, 2.6 million flu-related medical visits and 85,000 hospitalizations. Consider these additional statistics from the CDC:

People who got a flu shot but still got the flu:

Keep in mind that getting a flu shot doesn’t just protect you. It also protects those around you by helping reduce the spread of flu.

The flu shot is recommended for those 6 months of age or older, and it’s especially important for people at high risk of serious complications. This includes adults 65 years of age and older, pregnant women, young children, people with asthma, heart disease, previous stroke, diabetes, HIV/AIDS, cancer/history of cancer and children with neurologic conditions. 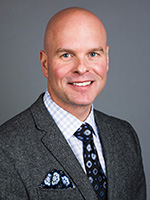 To learn more about flu shots and other vaccinations, click here.