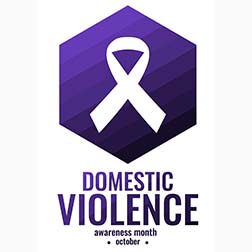 Never blame the victim
Abuse is never the victim’s fault. As a society, we continue to place blame on victims by asking, “What did she do to deserve that?” or “What was she wearing?” Yet we do not ask these questions to victims of other crimes. Let’s shift our culture away from blaming the victim, and instead ask the question “Why does the abuser choose the abuse?” We must reframe the conversation around domestic violence and sexual assault. Instead of questioning survivors believe, support, and trust them by rightfully placing the responsibility on perpetrators to stop their abuse.

Hold offenders accountable
If it’s safe to do so call offenders out on their abusive actions and impose social consequences, like telling them they’re not welcome for family dinner or to hang out until the abusive behavior stops. Reinforce that the perpetrator’s behavior is abuse and tell them healthy relationships are rooted in equality, respect, and nonviolence.

Challenge widely-held perceptions about DV
Misconceptions about domestic violence persist, such as the notions that survivors can just leave. Recognize that survivors must think about their own physical safety, financial security, and potential housing, as well as, the safety and welfare of their children and pets. Just leaving isn’t simple when facing these challenging barriers.

Communicate that DV is not a private, family matter
One in four women and one in seven men have experienced severe physical violence at the hands of an intimate partner; this doesn’t even begin to reflect those who experience verbal, psychological or sexual abuse. Domestic violence affects us all; victims are our family members, neighbors, coworkers, and friends. All of us must be part of the solution.

Remember that DV affects us all, but with action and education we can end it - There are many ways to help end domestic violence one of the easiest way is to start a conversation about domestic violence with others. 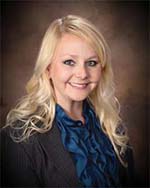 (Veronica Zietz is the director of Catholic Health Initiative’s North Dakota Violence Prevention Program. CHI St. Alexius Health regularly hosts workshops on topics such as these, open to the public, with the purpose of creating healthier communities.)