Doomsday Drinking: Pulling Back from the Binge 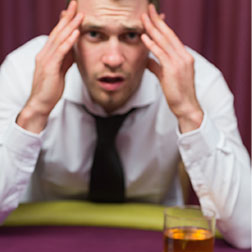 The pandemic was no party, but there was a lot of drinking. It wasn’t just shot-taking young adults and falling down drunks. Binge drinkers include women and men, old and young - and COVID-19 may have played a role in its increased prevalence. With more time at home with not a lot to do, some leaned on alcohol for entertainment. For others struggling to cope, drinking became a band-aid to cover up -- but not heal - anxiety or emotional pain.

Binge drinking is not the same as alcoholism. It’s a specific kind of imbibing defined as when a person’s blood alcohol content (BAC) reaches .08 in a two-hour span of time. That takes roughly five drinks for men and four drinks for women according to the National Institute on Alcohol Abuse and Alcoholism (NIAAA).

A recent study published in The American Journal of Drug and Alcohol Abuse found a relationship between alcohol abuse and isolation due to the COVID-19. In short, more time spent at home was associated with increased odds of binge drinking in an online survey of people living in the U.S. who were older than age 18.

For many, a bunch of drinks is just a typical Friday, Tuesday, or any night. Even before COVID-19, the Midwest was dubbed the “Binge Drinking Belt” by Detox.net, a website that mapped drinking habits based on data from the US Centers for Disease Control and Prevention. Wisconsin came in first in percentage of adults who binge drink. North Dakota was a close second. Washington DC came in third. Iowa and Illinois weren’t far behind in fourth and fifth.*

Some argue it’s just part of our culture, or simply what’s done in small towns. And if everyone’s doing it, can it really be that bad?

They also report that*:

Signs of binge drinking include drinking more than intended, feeling unable to stop, blacking out or having memory gaps while drinking, behaving violently or dangerously while drinking (driving intoxicated, getting in fights, having unprotected sex).

Health problems associated with binge drinking, as identified by the CDC, include*:

There’s much you can do to be mindful of your own drinking. Set a drinking goal and put it in writing. Pay attention to the alcohol content in your drinks. Slow your pace by drinking a full glass of water before ordering another drink. Only take enough money for a set number of drinks. Limit how much alcohol you have at home. Buddy up with a friend who also wants to slow down. Plan to reward yourself with money saved on excess drinks.

If you’re concerned about your own or a loved one’s drinking, your primary care provider can help. Many people hesitate to be completely honest with their care providers, but rest assured there is no judgment, only interest in your wellbeing. There are always other ways to destress and wind down, go for a walk, read a book, go to the gym, watch your favorite movie. You do not always need alcohol. If you're concerned about your drinking or have more questions, you should have an open conversation with your primary care provider. 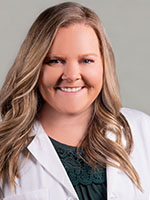 As a family nurse practitioner, Katelyn works with adult and children evaluating, diagnosing and managing common, acute and chronic health problems. She has particular interests in pediatric care –with a focus on well visits and immunizations, acute visits for all ages, women’s health, and prevention of diseases.