The Cystic Fibrosis Foundation recently announced exciting news in the Cystic Fibrosis world. The US Food and Drug Administration (FDA) approved the use of the triple combination modulator elexacaftor/tezacaftor/ivacaftor (Trikafta) for people with cystic fibrosis ages 12 and up that have at least one copy of the F508del gene mutation. This therapy could target approximately 90 percent of individuals with cystic fibrosis. Further trials are being performed to allow for use in younger ages as well as pursuit of a treatment for the other 10 percent that do not fall into this group with F508del genetic mutation.

Individuals suspected of having CF undergo a sweat chloride evaluation. This test measures levels of chloride in the sweat. If the level is elevated it indicates a malfunction of the cystic fibrosis transmembrane conductance regulator (CFTR) protein. When this malfunctions the exchange of sodium and chloride cannot occur normally and doesn’t allow for normal channeling of water in tissues. The body then produces mucus that is thick and offers poor lubrication to areas that need slippery mucus for protection such as in the respiratory system, digestive system, or reproductive system. Individuals with CF who were tested using the triple therapy showed a decrease to near normal and in some cases normal values with the use of the triple therapy.

Cystic Fibrosis is a rare genetic disease found in about 30,000 people in the U.S. and 70,000 worldwide. Treatment for these individuals requires a great deal of time and dedication every single day in an attempt to maintain their health. Many lose this battle at a young age. Through advancements in respiratory treatments, medications, nutrition, and lung transplant the average lifespan has increased to almost 38 years. Many parents were told to expect much less however this number is constantly increasing. 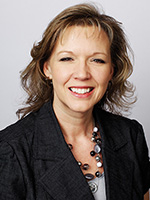