The Power of Talking to Prevent Alcohol and Drug Abuse 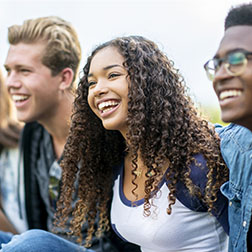 Parents often feel like their children aren’t listening. When it comes to drugs and alcohol, research shows parents’ words can make an impact on their children’s decisions. Youth were 50 percent less likely to use drugs if parents talked to them early and often about the dangers of substance use, according to the National Council on Alcoholism and Drug Dependence (NCADD). In fact, an open and strong relationship with a parent is one of the most influential factors on adolescence and the decisions they make, according to the Substance Abuse and Mental Health Services Administration (SAMHSA).

Parents should have the talk, and start early. Children as young as nine begin perceiving alcohol in a positive way, according to SAMHSA.

Their findings showed that the older a child is, the more likely it is that they’ve already tried alcohol or drugs.

With many states legalizing marijuana, kids can think it’s no big deal. It is a big deal. The potency of cannabis has increased, and that’s particularly dangerous for an adolescent’s developing brain.

It’s also important to include prescription medications in that talk. As many as five out of 10 kids age 12 or older have obtained prescription pain relievers for nonmedical purposes, according to a study cited by the SAMHSA. That’s particularly concerning with counterfeit pills made with fentanyl becoming more prevalent in North Dakota.

The Partnership for Safe Medicines reported that:

One way to start the conversation is to find “teachable moments” by discussing current events or celebrities with drug/alcohol issues. Keep the conversation age appropriate and be sure to listen as much as you talk.

Try asking open-ended questions, such as, “Why do you think teens abuse drugs or alcohol?” and, “How do you think it could interfere with reaching your goals?” Most importantly, be clear about your expectations and consequences.

Remember that even if your child doesn’t show it, you are an important influence on his or her decisions. Early discussions help build your child’s resilience if and when they face situations where drugs or alcohol are involved. Stay actively involved in your child’s life and keep those lines of communication open. 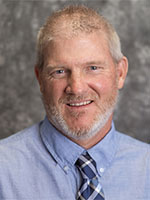