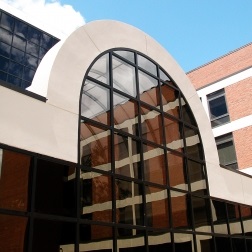 When a late season blizzard stalled over North Dakota last April, urologist Cameron Charchenko, MD, found himself going the extra mile, quite literally. “It’s the first time I ever gave a patient a ride,” he said. The story of that snowy journey began earlier this year, when Dr. Charchenko saw a 62-year-old man who’d been catheter dependent for two years due to urinary retention.

“Prior to coming to us, the patient was recommended to drain his bladder multiple times per day with a catheter. Unfortunately this was rather painful and was putting stress on his kidneys.”

A surgical procedure called HoLEP (Holmium Laser Enucleation of the Prostate) could reverse the urinary retention, making a catheter unnecessary. HoLEP uses a laser to remove prostate tissue which can block the flow of urine.

Surgeons in the midwestern United States who performs the surgery. "The best way I can explain it is if you had an orange and you carve out the fruit, but leave the peel behind. It's leaps and bounds ahead of other available procedures."

The HoLEP surgery was scheduled for April 13th, the second day of the blizzard. Unfortunately, the patient didn’t make it to the hospital and the surgery was canceled. Dr. Charchenko knew that meant he’d have to wait six weeks before he could get back on the schedule.

"I felt terrible for him having to pass catheters for 2 years and now have an indwelling catheter for an additional 6 weeks."

As the blizzard raged from Wednesday into Thursday, more patients canceled their procedures. Dr. Charchenko now had a spot on the schedule, but the patient didn’t have a ride to the hospital.

"On Thursday night I called him and said, ‘If I pick you up and take you to work with me, do you want to do it?’” The answer was a hearty “Yes.”

“That morning, I shoveled myself out of my driveway. I live in Bismarck and he was across the river in Mandan,” Dr. Charchenko said. “I just have a little car - a Kia Optima - and I couldn’t get all the way to his house. I was a block away so I got out and walked. He was standing in the middle of the street with a duffle bag. I joked with him that I should have brought two shovels.”

The two made it to the hospital without incident and the surgery went off without a hitch. The catheter came out the next day and the patient went home.

“He could urinate for the first time without a catheter in two years,” Dr. Charchenko said. “He called and left a message that he was very happy that he no longer had a catheter.”

Dr. Charchenko performed two surgeries that Friday and called it a great day given the circumstances.

“You make special connections with some patients,” Dr. Charchenko said. “He’ll forever be a memorable patient.” 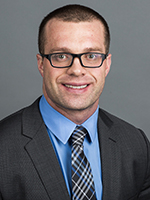