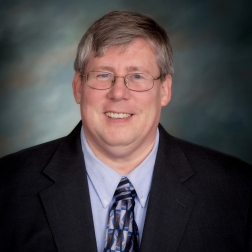 Over the past several years, medicines such as hydrocodone (trade names of Norco and Vicodin), oxycodone (trade names Percocet, OxyContin, Roxicet), morphine, and fentanyl to name a few, have been used to treat pain of various kinds, from dental work to after surgery to fresh injuries. These are called opiates, as their chemistry comes from the opium poppy. Morphine and then heroin were developed in the late 1800’s. Over the years, physicians were first very sparse in how they gave out these medicines, and then a movement in the medical-drug world started up in the 1990’s where doctors were told that treating pain with opiate drugs was more important.

People have had problems with prescription and illegal opiates like heroin for years. When I was in medical school in Detroit, in 1980, there was a large drug problem in the part of the city that the medical school was in, and we became very skilled at treating overdoses in the ER. The first time I ever saw a person overdosed on heroin in the emergency room, her friends drove up in a car, pulled her out and put her in a wheel chair; driving away before anyone could get any information about her—her friends were scared that they would be arrested. She was quickly brought into the ER where she had nearly stopped breathing. She was quickly given a shot of a wonder drug called Narcan. She woke up and was very upset, but she was alive.

Over the past ten years, an increase in the use of these medicines have resulted in more overdoses and deaths of people due to Opiate misuse. There are two phases to the Opiate problem. The first phase is that of prescription opiate pain medication as a cause for concern, although the new CDC guidelines now assist in monitoring the use of these drugs. In 2016, The Center for Disease Control (CDC) recognized the opiate epidemic and published new guidelines for how doctors are encouraged to treat pain using opiate drugs as a last resort after all other pain relieving measures have been offered. A potential solution for this problem is making Narcan more readily available to people who are on prescribed pain medicines, to prevent prescription drug deaths.

other phase of the problem, unassociated with prescription pain medicines, is the illegal, recreational use of Heroin. When drugs such as heroin are used repeatedly over time, tolerance will develop – resulting in the use of larger and larger doses. A new deadly variant of heroin is appearing across America – heroin laced with fentanyl making the heroin unpredictably more powerful. Unlike prescription medicines which come in specific milligram sizes, there is no label, and no way to predict the strength of heroin or whether there is fentanyl mixed in it by just looking at it. Prescription pills and heroin overdose, can cause the brain breathing reflexes to go to sleep quickly and stop the ability of airway and lungs to breathe. If they are alone or in a noisy and busy party, it may not be discovered that they have stopped breathing. And if they stop breathing for a few minutes, their heart, starved of oxygen, can go into an unstoppable arrhythmia and stop pumping. Result is an overdose death.

If you are around someone who is using larger than prescribed pain pill doses or using heroin, and you are worried that they could overdose, there are important life saving measures to be aware of. The first is the importance of having training in mouth to mouth breathing and CPR. Another measure is having Narcan in either the injection form or the easier to use nasal spray form available in the case of an overdose. Both of these measures are equally as important, due to the need to have a heartbeat to administer the medicine, allowing the Narcan to circulate through the body. Both of these measures are extremely important and can help save your loved ones life.

North Dakota has two new law/rule changes are now in place in the fight against Opiate overdose. The first, is the passing of the Good Samaritan laws – empowering anyone, even a fellow drug user, to call 911 immediately. Because of the Good Samaritan law, the rescue squad and police will not arrest anyone at the scene with the victim. The second change is that a pharmacist at ND Pharmacy or G&G pharmacy are now authorized, by the state Pharmacy Board, as having the power to prescribe nasal spray Narcan to anyone who reports a need for it. The ability to have Narcan on hand for a loved one using drugs or prescription pain medications, may save their life. No longer do you need a doctor’s prescription, although, if requested a prescription by your doctor is still an option.

Given that nationwide an average of 91 people per day die from opiate overdoses (about as many as people dying from car accidents), it has become obvious that we have a major problem going on. It is heart wrenching to know that in Williston several people have lost their life from opiate overdosing (heroin) in the past few months. I am proud to see a movement of concerned community members combatting this issue head-on – it is a real Williston issue – impacting real people. It is time for us to take a stand against the Opiate epidemic.