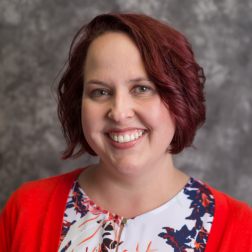 April is Sexual Assault Awareness Month, and lately this issue has been publicized nationally with multiple allegations against powerful individuals.  According to the Department of Justice, sexual assault is, "any type of sexual contact or behavior that occurs without the explicit consent of the recipient."  Furthermore, this definition includes penetration of, contact with, or exposure of intimate body parts.

According to RAINN (Rape, Abuse & Incest National Network), someone in America is sexually assaulted every 98 seconds. Of those assaulted, 9 out of every 10 victims is female. However, men, too, are sexually assaulted approximately 10 percent of the time. Also, every 8 minutes a child becomes a victim of sexual abuse and 34 percent of those children are under the age of 12. If those numbers don’t shock you, they should!

Even more shocking is that 93 percent of perpetrators of sexual assault are known to the victim, and about a third of those are relatives of the victim. Among sexual assault victims who are abused by a family member, 80 percent of those are a parent.  So, the question I would like to ask you is what do these statistics mean to you, and why should you care?

Although people may think it is easy to point out victims of abuse, the signs are easily missed and looked over. For example, in children they may exhibit behavioral or emotional disturbances as well as regress back to things such as thumb sucking, bedwetting, sexual behavior not appropriate for the child’s age, not wanting to be left alone with particular people, and avoiding removing clothes to bathe or change outfits. More obvious indications of sexual assault being bleeding, bruising or swelling in the genital area. This is not an exhaustive list by any means and in teens and adults, sudden change in demeanor or onset of depression / anxiety could mean there is something going on in that person’s life. Thoughts of suicide, the appearance of STD’s, low self-esteem, or drug and/or alcohol abuse can also indicate that something is happening in their life that others may not be aware of. Do these signs always mean sexual assault? The short answer is no.

These symptoms can mean other issues are occurring.  However, they are signs of concern and may prompt someone who cares about them to ask if there is something that has happened. It is important to remember that victims often blame themselves rather than the perpetrator who assaulted them.

If you have noticed changes in a child or adult you care about, RAINN has several resources to help you initiate a conversation that will be non-threatening and will minimize confusion for children. Another excellent resource for sexual assault is the NSOPW (National Sex Offender Public Website), which was established in 2005 in honor of college student Dru Sjodin, who was sexually assaulted then murdered by her assailant. She was from Grand Forks, which further proves sexual assaults are occurring all around us and you may never know who has been affected. Being knowledgeable about these topics and educating yourself, may help protect a child or adult from becoming a victim of sexual abuse or help out someone who already has been abused.

This coming April, I challenge all of you reading this article, to keep an eye out for our neighbors, friends, children, and community and make effort to ask how each and everyone around you is doing. For you never know who may be  struggling with this very issue day in and day out.

Heidi Grondahl is a nurse practitioner at CHI St. Alexius Health in Williston.

This article was first published on March 27th, 2018 in the Williston Herald,
http://www.willistonherald.com/news/raising-awareness-of-sexual-assault/article_e8a14e30-3695-11e8-80a2-ffb4bddef807.html